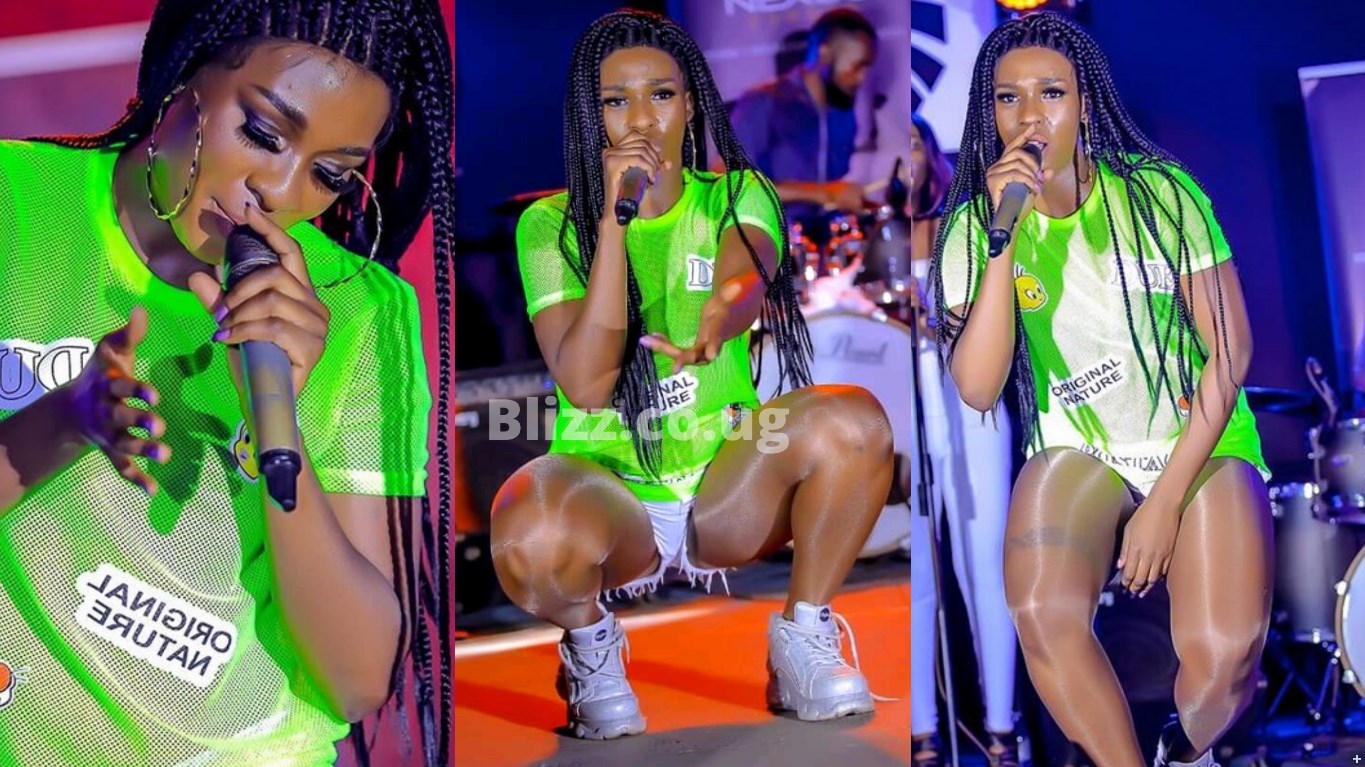 Known for always dressing in skimpy clothes and pulling off tough dance moves, this time around things didn't go so well for singer Cindy Sanyu as she was performing.

While performing at Nexus Lounge, singer Cindy Sanyu ended up pulling off her usual bedroom inviting dance moves but instead, as she squarted down, part of her Kitone was seen trying to pop out of her shorts.

The photo that was captured by her official photographer Gats mc photography has since been seen rotating allover social media especially WhatsApp and Facebook Groups with people tyring to analyze it.

Check out the pic below: 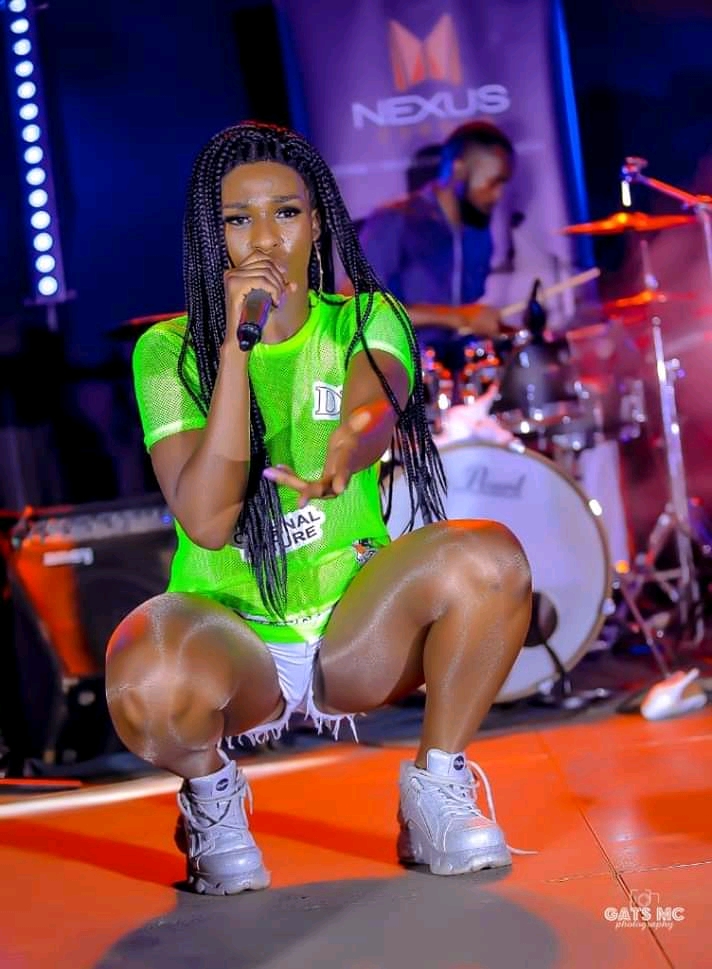 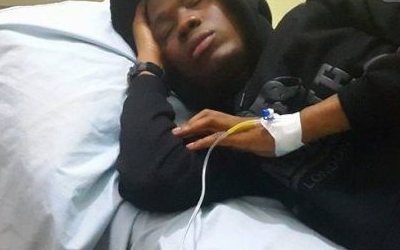 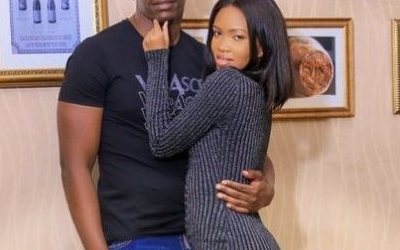 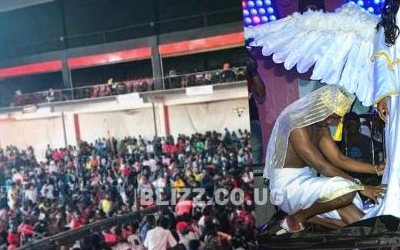 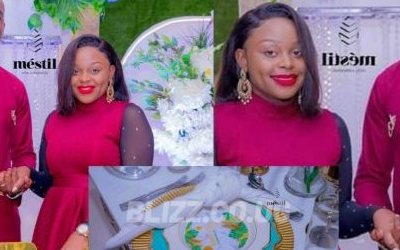 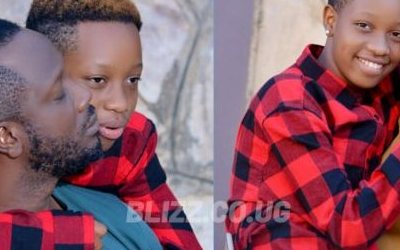