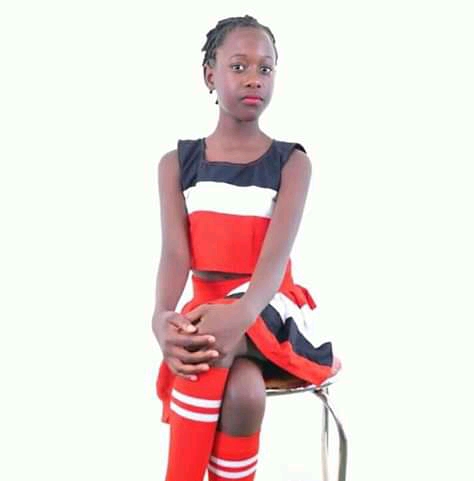 KIRABO TYRA known by her stage name STONE AGE is a Ugandan female young rapper ,dancer and model. She is currrently one of the youngest female rapper holding the country's flag high.

STONE AGE was born in 2008 in Mulago Hospital located in Kampala city and her family traces thier background in Masaka district particularly Kyotera(village) . She grew up in one of the city suburbs (kansanga) with her mother following the early death that robbed her father in a severe car accident when she was just six(6months) old and the family resides in Bukasa a city outskirt under Kampala city.

Stone Age is upto date a multi talented free lancer who would be so glad incase an opportunity came up to be taken and managed by any individual who is capable to support her musical career in order to fulfill her dreams as a young focused girl.

She was baptized KIRABO TYRA under the Roman Catholic church and currently having studies at Kansanga Primary school with in Kampala ,Uganda's capital city.

She is currently in primary five (P.5) class where she does well by maintaining a top class-score level.

Kirabo Tyra known by her stage name Stone Age started her music career acouple of years ago but she came to limelight recently, The year 2019 should be quoted as her breakthrough year as that's when the entire nation got to know her and she is still aiming higher.

She has multiple free style raps recorded on various tapes and also got multiple hiphop trucks yet to be released .

Her confidence and creativity is highly recognized when it comes to the rap session.

She has credibility in salsa moves ,top level break dancing, hot stepping, b-boying and the local kiganda dance, to mention but a few! She has taught and influenced many kids to join the dancing club at her school that look upto her for guidance and confidence.

Kirabo Tyra also known as Stone Age is a top hood super model . She has both participated in school modeling competitions plus community modeling sessions organized by various individuals.

She has always emerged victorious in all levels. True definition of a multi talented individual.

Kirabo Tyra aka STONE AGE is a focused girl that would want to transform her society through positive lyrics, this is destined to building confidence in the girl child musically as it's always known that boys dominate the industry.

STONE AGE is also targeting to be a better person musically by boosting the lugaflow to an international level.

She also plans to lay a platform for other kids out there that lack an echoing voice to speak up for thier talents.

She also plans to feature in female deejaying, TV/

RADIO presentations and aslo participate in being an all round events MC so as to engage all people in the entertainment industry, by doing so, this would enlarge her brand both nationally and internationally.

She also plans to team up with several artists more so her new luga flow hook rapper known as ST. MAXI MAYNE for duos/ collabos, this won't only stop at him but also willing to do mixtapes featuring various rappers in the country.

Being that she is from a humble background, STONE AGE would also love to give a helping hand to the unpreviledged kids from what she gains from her career.

Stone Age is an out spoken individual that respects religion and elders/mentors.

Her favorite dish is the locally made rice and meat though she also loves matooke and fish.

Stone Age looks upto her Mentor known as Uncle Sula for daily support in all aspects though she is backed up by some loyal buddies that embrace her work.

Having grown up in a single family, the bond between her and her mother is just untouchable, actually the mother supports her talent, so she is free to balance her music and school.

For her musical influence, she was greatly inspired by the Ugandan -UK based legendary hiphop icon GNL ZAMBA and locally based lugaflow artist FEFFE BUSI .These made her realise her worth and lyrical talent to join the industry.

She also loves making new friends and playing with them.

Stone Age just like any other normal girl at her age loves hanging out at the pool to swim , she also loves writing educative poems in her free time, Freestyling is another hobby that makes her exceptional and unique.

SPECIAL QOUTES FROM STONE AGE HERSELF.

'If everybody did it ,why cant I'

'Everything comes to you at the right time' so be patient

'Work in silence and let your success speak out'

'We are all in the same game, but different levels'

'With God everything is possible ' 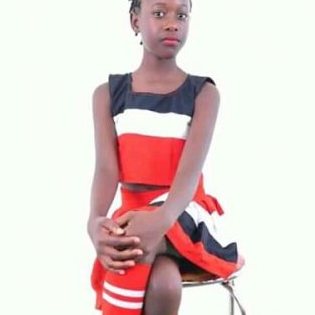